Director PES shows you how to make some fresh guac with all your favorite ingredients.

With Nuclear energy going out of style, its time to get rid of those ugly cooling towers.  I never knew they would be so dramatic about it though.  Hopefully the wind turbines they put up instead have a little more grace.

Karma VS. The Kardashians

I’ve recently noticed more and more Kardashian related things appearing in my life so I am going to write this post in order to appease the people in charge and get this glitch out of my life.

If you’ve ever seen Keeping Up With the Kardashians you’ll understand why this is necessary. I have a theory that these talentless media whores are only famous through governmental power in order to dumb down the general population…but I digress.

What I am really here to talk about is how karma, doesn’t seem to apply to the Kardashians. Let me break this down for you nice and easy; every single pitfall that has happened to them, whether its a bad sex tape or a divorce, has ended up making them more famous, rich and sadly, influential. I think that karma has realized how hard it was going to have to work in order to fully dog them as much as they deserved to be so it kinda like, gave up.

Look these people are soulless to begin with so they’re already damned to burn in hell forever. Karma is just going to let them slide until then because well, theres special place in hell for the Kardashains, I just know it.

If you look at a map of Dante’s inferno, you can easily see that there is indeed, still enough space for a tenth ring of hell. This is where you will find the Kardashians. If you are  one day condemned to the tenth ring of hell (god bless your soul), here is what will happen to you;

You will first be strapped to a chair made out of electrodes that randomly shock you whilst wearing wet socks. After, a head piece made out of  black hole-like material will be put over your head, leaving room for your eyes- this is to mute the terrible screaming you will soon expel. Then, your eyes will be forced wide open and then held like that with small needles. Then, placed in front of a small outdated television, you will be forced to watch Kim’s Fairytale Wedding on repeat for ALL eternity.

So you better start cutting all the Kardashian crap out of your life now or suffer the consequences. Unless you’re into that sort of thing… 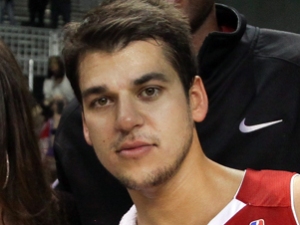 The Demise of Dubstep

Okay I will admit it, I used to love dubstep. We had such a simple relationship, it would come on at some party or specified venue and it would make me dance like a retarted puppet. Yes dubstep was fun and I still have fond memories of us together.

Although over the past year or two, I’ve noticed that dubstep started acting weird. I would go out and try to dance like old times, but instead I was met with moronic idiots dressed in ripped neon shirts that whole sale for fifty-five dollars.

Theres no denying that the entire scene surrounding this once unknown type of music has totally changed into something never seen before. It goes beyond a typical techno rave. Now, colorfully dressed, drunk and drugged freshman flock to popular venues to hear the whomp whomp. Of course, I never embarrassed myself as a freshman making me totally qualified to make that statement.

Forget about fun, being with friends and the music itself- the dubstep scene has turned into a big shit fest centered around consumerism and stupidity.

The most recent show I atended (and probably my last), was the real deal breaker. Instead of seeing wild dance moves and feeling the passion of the performers, I saw neon drunks grinding up on one another at the front of the stage, shirts that say “Sorry for partying”, and kids dressed as a members from LMFAO. What I am trying to say is that dubstep and dubstep shows have become places where;

b.) people dress like everyone else to “fit in”

c.) no one even cares about the music anymore

Clothing companies like Let’s Rage have even attempted to capitalize on this new wave of dubsteppers (?) by making sure that youre completely unique rave outfit looks just like everyone else for double the price.

ARE WE COOL YET!?

When did we start allowing people to do this? Im sure the first few people who started dressing like this had something genuinely unique in mind but now its so *YAAAWN*!

Even large companies like The North Face have caught wind of how marketable this new scene and used a Bassnectar song in their most recent commercial.  Luckily its good for something now; making money.

I don’t know whats next for dubstep, hopefully death, but sadly I think its just going to get worse. More and more people are going to get into the craze and pretty soon no one will listen to actual music- with actual singers and real live instruments.

Im not saying I hate dubstep- theres a time and a place for it. Like in the car going to party with friends…but what I do hate is what the scene has become. If I ever dare to go to another dub show I’ll be that chick in the corner making fun of you.

SIDE NOTE: there still is good dub though if you really look for it….heres a site that has some outstandingly decent music. ENjoy!

Has Anyone Ever Gotten an Orange for Christmas?

With the onslaught of Christmas related advertisement surrounding me wherever I go, I am inspired to hate the holidays.

I am not going to beat around the decorated tree here people, the best part of Christmas is the presents! That estranged aunt whose name you don’t know all the sudden becomes your best friend, you begin dropping subtle hints around friends and family, heck you even have a bookmarks folder on your computer called “things I need to one day posses”.

Yes, the holidays can be great for other reasons too. I can get down with a well decorated nativity set or spending (minimal) time with the family, but the thing I just don’t understand is the tradition of giving children ORANGES.

I remember when it happened to me. I woke up full of life and enjoyment that faithful Christmas morning. I was shocked by the size of my stocking- it most definitely correlated to the amount of gifts I would later receive. I start digging- socks (meh), stickers (alright…), and then at the bottom… four or five oranges! WTF is this? The bulk of my stocking was full of that fruit…don’t my parents know my acid reflux doesn’t allow me to eat these?

And the terror is not even over yet. All month I have noticed more and more advertising for oranges like its something kids actually want. If bad kids get coal, it doesn’t make sense that good kids get oranges- maybe gold bars, a pony, ANYTHING other than oranges.

Remembering my disappointment on that day as inspired me to never give my children oranges (they will probably deserve coal anyway). Kids these days have waaaaay higher expectations. Little Suzy pigtails wants an iPhone, not a food she can easily reach for out of the fridge.

I am by no means suggesting that children deserve iPhones or anything awesome for that matter. Maybe the only way to turn up the humility is to give them oranges and coal. All I know is that I will never accept an orange as a gift ever again. 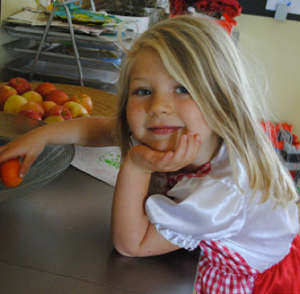 Thanks for the orange! I'll pretend to enjoy it while you fetch me my real presents.

If you’re going to ring my apartment at 9 a.m., make sure you have a package for me. I understand you’re awfully busy this holiday season but by no means is it fair that you get to arbitrarily push my apartment number, get let in, and then not deliver the goods.

Do you realize that not only did I get out of bed to let you (and everyone elses presents) into the building, but that I also put on socks AND shoes to come downstairs to claim my prize? No, you didn’t because you were already gone by the time I got down there. Instead, in its place was some girl named “Jennifers” packages. What a bitch.

I am pissed. I don’t like running around my apartment building with no bra on for no reason. I was so overjoyed with the idea of fresh presents that I literally rolled out of the comfort of my bed, got on my freaky Borat-esque elevator, and went downstairs LIKE A TOTAL MORON.

If you ever get me excited for presents that don’t exist ever again I will hunt you down. I will get you and I will hurt you…I will humiliate you for wearing brown short shorts. I will hide in the bushes outside of my apartment building and cut your brake lines while you deliver “Jennifers” packages.

Pissed off, presentless, tenant in Allston

The Mecca of Awesome Xmas Gifts

I always have a really hard time trying to buy gifts for my friends around the holidays- mostly because they are so bizarre.

Lucky for me, this website has a ton of stuff that will entertain them while simultaneously making me awesome.

Oh and in case anyone was wondering, feel free to buy me the sushi earbuds.

Now quick! Go buy things for your friends before its too late!

Noting says "You're my best friend!" quite like a candy cane shot glass.